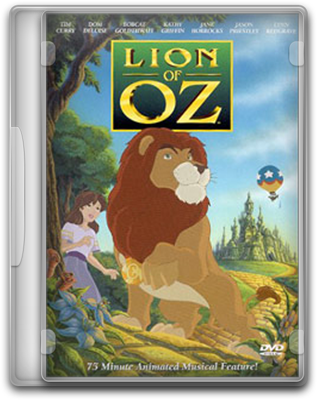 based on the book Lion of OZ and the Badge of Courage Did you ever wonder how one of the world’s most unforgettable storybook characters, the cowardly Lion … found his way to the land of Oz?

Once upon a time …

A young circus Lion braves a hot-air balloon ride with his best friend Oscar, and is awarded a dazzling Badge of Courage. But when they’re separated in a storm, the Lion finds himself on his own in the enchanted land of Oz. While there, he encounters the Wicked Witch of the East, who forces Lion on a mysterious and adventurous journey. The task: to bring the Wicked Witch the magical Flower of Oz – a final obstacle in her quest for control.

With the help of a lovable group of new friends, including a kind girl named Wimsik, Lion’s search for the Flower will teach him true courage isn’t found in a badge … but inside each of us.

This magical, song-filled fantasy is destined to become a classic! 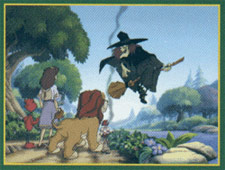 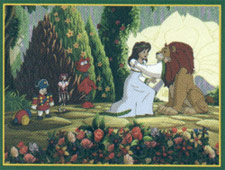 Please note that the author must open the cellophane seal on the DVDs in order to autograph the color jacket. If you prefer an UNopened, UNautographed DVD, you will have the opportunity to indicate this choice on the PayPal Shopping Cart screen.