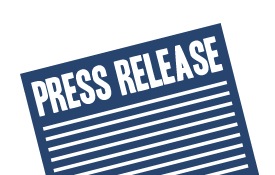 This full sized novel, true to the Oz genre, is a modern and exciting adventure. It combines the pace and excitement of today’s children adventure stories with the parameters of Oz that we all love. A wholesome adventure that takes some of the Oz characters into new places, it steps in and out of the Oz classics. This novel will allow Oz fans to once again spread their wings through the World of Oz.

The animated musical, “Dorothy of Oz”, produced by Summertime Entertainment and based on Baum’s book, is on target for a 2012 release. The film features the voice talents of Dan Aykroyd, Jim Beluhsi, Hugh Dancy, Kelsey Grammar, Lea Michelle, Oliver Platt, Martin Short and Patrick Stewart.

The film is being produced by Ryan and Roland Carroll and Bonne Radford. Grammy-Award winner Bryan Adams joins Daniel St. Pierre as the film’s directors along with Executive producers Neil Kaufman and Greg Centineo. These and many more will bring this film to life, surpassing your wildest imagination and inviting you into the dream-land of Oz.

For more information on the film or novel, e-mail customerservice@ozauthor.com.